The largest Investment Council: 15 projects worth more than 15 billion rubles 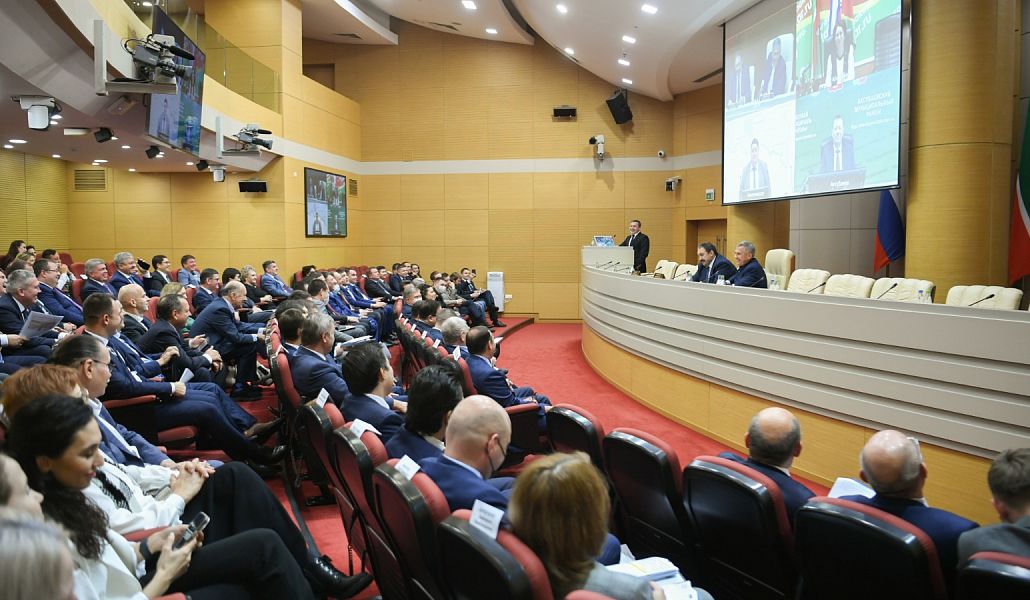 The final Investment Council in 2022 became a record in the number of projects submitted. The Council was presented with 15 projects ready for implementation in the regions of the Republic of Tatarstan, totaling 15 billion rubles.

"We have reviewed 15 projects with a total investment of more than 15 billion rubles. Investors were satisfied, instructions were given to support projects in terms of providing land plots without bidding, in terms of bringing the VRI (type of permitted use) in accordance with the declared projects, in terms of road and engineering infrastructure, environmental issues and others. It is important that the heads of districts will take these projects for personal support," Taliya Minullina, head of the Investment Development Agency, shared the results of the meeting.

The meeting was opened by the project construction and launch of a production complex for the production of extruded polystyrene foam on the territory of the Laishevsky municipal district of the PolymerPlast company. The total investment in the project will amount to about 480 million rubles, creating 84 jobs. According to the investors' statements, the project capacity is 12 million units of manufactured products per year.

An outpatient medical center to support people who have undergone inpatient treatment in narcological and psychiatric institutions and the construction of this center as a project was presented at a meeting of the Investment Council. It is planned to invest about 60 million rubles in it. At the same time, the speaker said that the planned number of visitors when reaching the design capacity of the center is from 1000 visits per month.

Representatives of the companies "Elgrant" and "Rostar Engineering" shared their plans to open industrial parks in Alekseevsky and Aktanyshsky districts.

The Alekseevskoye Industrial Park provides for the location of the park on 23 hectares of land and the creation of 225 jobs, as part of the first stage. The volume of investments in the industrial park, which has already attracted 8 residents, and agreements have been reached on 5 more, amounts to 351 million rubles. The companies will open lines there for the production of furniture, screw piles, charcoal, concrete products, asphalt mixing plants, park lamps, and also for the food industry and warehouses.

The industrial park "Aktanysh" (LLC "Rostar-engineering") will include workshops for finishing the bracket, casting aluminum alloys, processing agricultural products, and the production of reinforced concrete products. More than 365 million rubles will be invested in the project to open an industrial park in Aktanysh.

Another project in the field of healthcare was the construction of a multifunctional medical center in Naberezhnye Chelny "MED +". The creation of the IFMC will unite two terminals on one territory: a Center for restorative Medicine (a full range of rehabilitation services for residents of the city) and a Medical center (consultation of expert doctors in all areas). 114 million rubles will be invested in the project, and its opening is scheduled for 2024-25.

One of the largest projects submitted to the Council for consideration today was the project for the construction of the administrative and production building of Gazprom Transgaz Kazan LLC in Kazan on Salimzhanova Street. The facility will consist of three towers, a multi-level underground parking, and a modern subscriber point for consumers will also be located in it. Investments in the construction of such a complex will amount to 10 billion rubles, and 680 employees of the company will be able to accommodate in it.

Then the project of recultivation of unauthorized quarries on the territory of Kazan and Zelenodolsk district of the Republic of Tatarstan was presented. Within the framework of the project, 2 sites will be organized for receiving construction and repair waste. As the investor noted, the consumers of recycling services and the products received will be organizations engaged in the construction of capital construction facilities, transport infrastructure and engineering support networks. The total investment volume is about 19 million rubles.

Social projects were also presented during the meeting of the Council. One of them was the construction of an apartment building on Daurskaya St. in Kazan. The total area of the building and future apartments will be 21 thousand sq. m. A little more than 2.3 billion rubles will be invested in the project.

The project of creating a sports infrastructure of a sports and recreation complex on the territory of the Nizhnekamsk district "FIZRA Sports Center" of the company "Fizra" continued the social theme. The main idea of the project is to rent sports and playgrounds for mini-football, bandy, and gymnastics. On the territory of the Republic of Tatarstan, two football arenas are already operating under the management of this company. During the consideration of today's projects, investors announced the amount of funds in 110 million rubles, which in the future will allow reaching the capacity of complexes in 370 thousand people per year.

A large block with projects in the field of tourism has opened a project for the construction of a hotel complex with a landscaped coastline area on the territory of the Agryzsky district in the village of Krasny Bor. The project implies the creation of a hotel complex for 17 rooms with the improvement of a recreation area on the coastline, requiring investments of 28.5 million rubles. Another part of the investment — 104 million rubles — will be directed specifically to create a hotel complex. The total area of the project is just over 52 hectares. And according to preliminary plans, commissioning is scheduled for 2024.

The project of the resort "Karabash Sea" in Bugulminsky district was presented next. Here they want to create a ski resort, a hotel with 50 rooms, 20 guest houses, as well as a restaurant, food courts, a spa area.

The projects of the glamping park "White Lily" (on the territory of the Mendeleevsky municipal district), glamping "Parusa" and the tourist ethnocomplex "Little Yakutia" (will be a representation of the national heritage of the peoples of Yakutia, convey the image of Yakut life and culture) were also considered.

The project of the tourist complex "Rahat" in Zelenodolsk district was presented last. It is assumed that the complex will include a beach, a fishing club, a spa complex, as well as sports fields and cafes.

All submitted projects were approved by the Investment Council of the Republic of Tatarstan. President of the Republic Rustam Minnikhanov stressed that it is important to maintain a favorable investment climate and ensure interaction with investors.