Tatarstan unites regions for the prosperity of the country 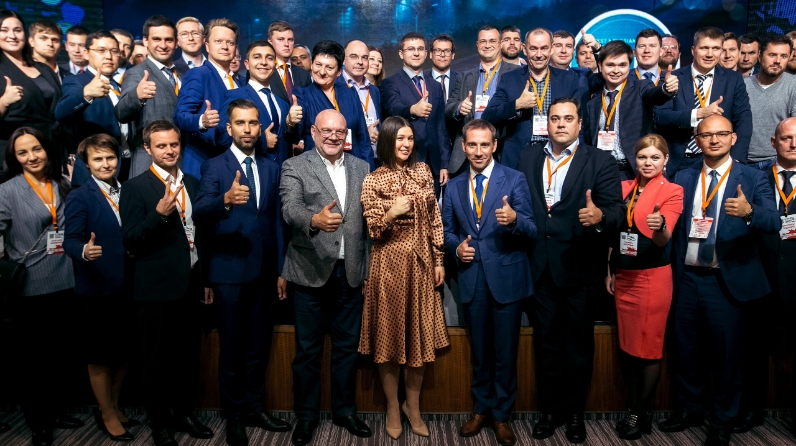 The interaction of regions has a positive effect on their activities, and does not contribute to the development of deconstructive competition. Such a point was supported by interactive voting by 92% of participants of the II Congress of regional investment agencies and development corporations as part of the event opening in Innopolis.

The goal of a three-day congress that was held in Tatarstan was to work out a consolidated position on the activities and development of the specialized organizations to attract investments and work with investors in the constituents of the Russian Federation. Among those who took part in the event was the member of the board of the National Association of the Investment Development Agencies (NAIDA), the Head of the Tatarstan Investment Development Agency Taliya Minullina, the Chairman of NAIDA Sergey Belyakov and his Deputy Rafael Khusyainshin, the World Bank Program Manager for Russia Christopher Miller, Vice President of Invest India Bhatia Siddharth and other public investment leaders.

During the congress, Tatarstan became a platform for interaction among representatives of the Ministry of Economic Development of Russia, ASI, the World Bank, federal development institutions, foreign business associations, investment companies, and 140 delegates from 60 regions.

“We live in one large country where there are 85 regions, and so long as we work successfully together, the country will prosper,” said Sergey Belyakov.

According to the World Bank’s Doing Business Ranking, Russia ranks 31 out of 190. At last year end, our country has improved its ranking up 4 places. According to Christopher Miller, for more rapid growth, there is a need to change the government control system and take into account the quality of work with investors at the regional level.

“Investments are the foundation for sustainable economic growth allowing us increasing production volumes, accelerating the growth of certain enterprises and entire industries. Colleagues, our work is complex, we solve the same problems and together form an ocean of investment opportunities in our country. Today, we are building an interregional dialogue and sharing experience, consolidating efforts to attract large investors to the Russian market. The Agency headed by me has been a member of NAIDA since 2016. We are pleased that the Association has accepted an invitation of Tatarstan, as the leading region in the investment climate, to hold congress in our republic,” said Taliya Minullina.

Among the key issues considered at the Congress are the participation of the specialized organizations to work with investors in the implementation of national projects, the formation and federal approval of a unified register of the Russian development institutions, including specialized organizations to attract investments, regionally supporting entrepreneurs and investors or responsible for interacting with entrepreneurs and investors in the constituents of Russia. Also, at the venue of the event, the procedure for interaction between federal and regional development institutions and regulatory changes was discussed in order to consolidate the concepts, status, functions and powers of regional development institutions.

The results of the congress will be summarized and submitted for consideration to the Government of the Russian Federation and the Ministry of Economic Development of Russia.