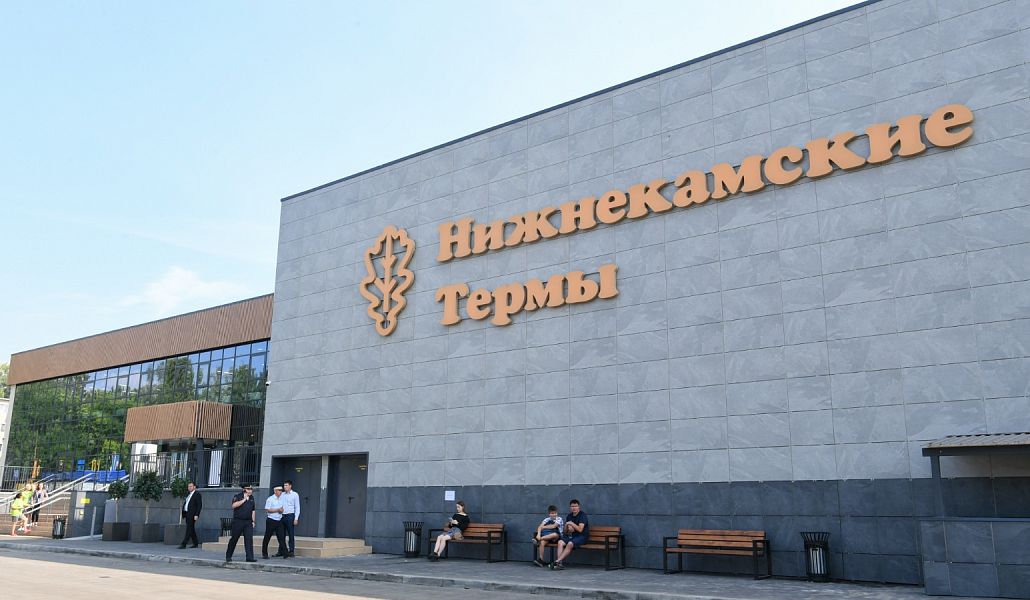 The Nizhnekamsk Thermal Baths Family Health and Recreation Center was presented to Tatarstan President Rustam Minnikhanov during his visit to Nizhnekamsk.The Head of the Investment Development Agency of the Republic of Tatarstan Taliya Minullina told the President about how the project was implemented.
The project was implemented under the public-private partnership program. This is a long-term interaction between the state and business, in which the private party participates in the design, financing, reconstruction of the infrastructure facility, as well as in its subsequent operation. An object of unfinished construction, which had been standing since the 90s, was transferred to entrepreneurs. Thermal baths in Nizhnekamsk became the fourth project of the network in Russia.
To improve the health of Nizhnekamsk residents and guests of the city, the complex has 14 types of saunas, steam rooms, baths and hamams. In addition to several swimming pools and shower complexes, there is a whole spa on the territory of the complex.
The area of the resort area of Nizhnekamsk thermal baths is 18 thousand square meters, the investment amount is 860 million rubles. During the first three days of the complex's operation, more than 14 thousand people visited it, the President of Tatarstan was informed on a detour of the Nizhnekamsk Baths. In the near future, the construction of the second stage of the complex with unexpected author's solutions is planned: soon there will be baths "in black", "in white" and "in gray"! The second stage also involves the construction of a hotel complex with bungalows and so-called capsules.
The Investment Development Agency, in turn, has been accompanying this investment project since 2018, when it was presented at the Investment Council of the Republic of Tatarstan.