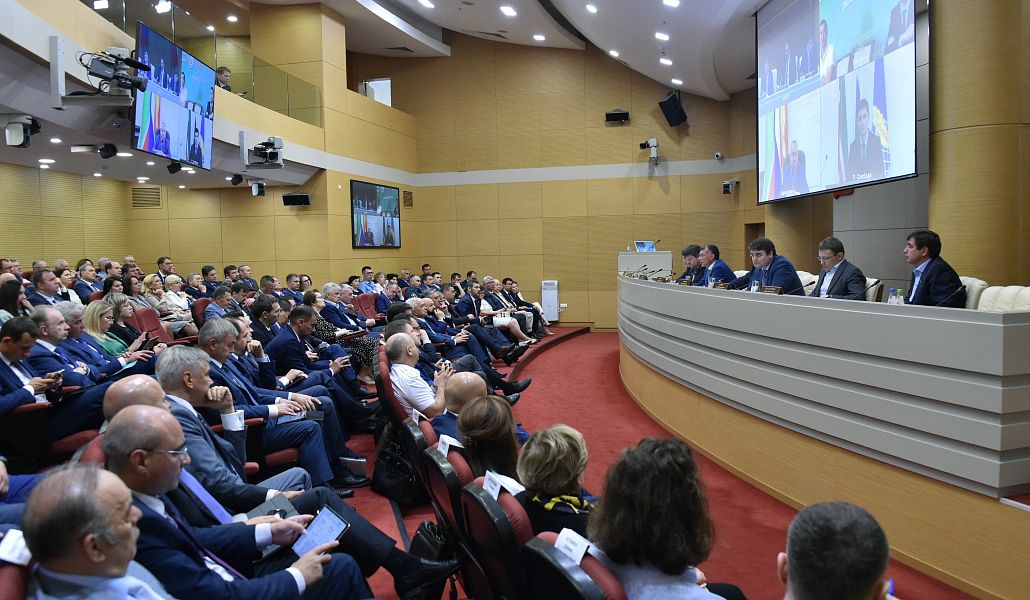 On July 21-22, a field meeting of the Federation Council Committee on Economic Policy was held. During the meeting, issues of legislative regulation of the activities of special economic zones in terms of the development of technological sovereignty were discussed.
Deputies of the State Duma got acquainted with the work of the special economic zones "Alabuga" and "Innopolis", the industrial park "Razvitiye", industrial parks KIP "Master", "Haier" and "Zelenodolsk", visited the leading enterprises of the Republic of Tatarstan. Ensuring the stable operation of enterprises, the development of new technologies and the production of technologically intensive products in the face of sanctions pressure from unfriendly countries is a priority task for socio-economic development.

The Agency believes that many important topics for investors were discussed at the event. Finance, logistics, production chains and lending to enterprises and manufacturers were identified as the main risks of economic development. As a result of the imposed sanctions, difficulties in making payments with foreign counterparties remain. In addition, the ruble exchange rate affects the competitiveness of the products of our producers, both in foreign and domestic markets.

Among the ideas submitted for consideration by the Government of Tatarstan and Federation Council Committee on Economic Policy were the creation of stable cooperation chains according to the SEZ model, where it is possible to minimize production requirements for the possibility of an agreement between residents on jointly produced products, as well as simplifying the access of residents of the SEZ to horizontal support measures. This applies to industrial clusters, industrial mortgage, opportunities for preferential import and export of products and components.

Also, ideas were proposed to develop a "magnetization" scheme, in which the preferences of special economic zones can also be used by product suppliers, in particular, a free customs zone.

In terms of expanding the activities of SEZs, which are becoming even more important points for the growth of the industry of the Russian Federation, it was proposed to apply PPP schemes to create the necessary infrastructure.

According to the Prime Minister of the Republic of Tatarstan, the current economic situation has had the greatest impact on the chemical industry, rubber and plastic products, and the production of vehicles. The total share of these areas is 28% of the industrial production of the republic. In addition, the turnover of retail trade has decreased. Its share in the economy of the republic is more than 4%. This is also due to a decrease in sales of non-food products.

According to Maxim Topilin, today it is important to stimulate domestic demand and develop the scientific base. “We need guarantees of domestic demand. This requires amendments to the competition law, corporate purchases. We need to build this technology,” he said. - The topic of R&D, investments in scientific developments is also important. We are ready to consider proposals on how to stimulate them, how to withdraw them from taxation or somehow compensate for these costs.”

Dmitry Vakhrukov noted that under the sanctions, new niches are opening up for domestic producers. “There are import restrictions, including logistical ones. A number of companies are leaving. The demand for products is growing. These are the opportunities for supplying the domestic market that are emerging and which must be taken advantage of. This is the general goal - to maintain the maximum amount of added value in Russia within the framework of the full production chain,” said the Deputy Minister of Economic Development of the Russian Federation.

He also noted that today a number of proposals are being developed to improve the activities of special economic zones. In particular, it is planned to work out a model for the development of stable cooperation chains through the SEZ.