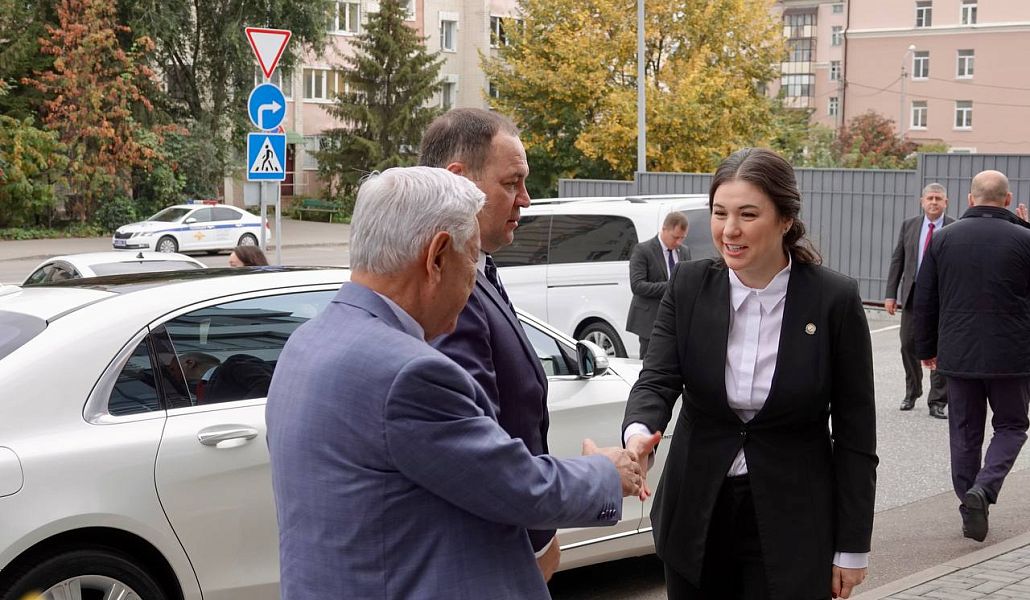 On this day, a meeting was also held between the head of the Agency, Taliya Minullina, and the Deputy Chairman of the Government of the Nizhny Novgorod Region, Vyacheslav Gorev. The parties shared their experience of work within the framework of the project "Through Investment Flow". Taliya Ilgizovna told her colleagues about the details of the department’s work with investors, showed how the Unified Presentation Center functions, told how the Tatarstan Investment Control system works, which will allow you to control the implementation of projects at every stage. The meeting was also attended by the Minister of Land and Property Relations of Tatarstan Fanil Agliullin, representatives of relevant ministries responsible for the economic development of the Republic.

On the same day, a videoconference was held with representative offices of the Republic of Tatarstan abroad and in the constituent entities of Russia, once every six months the theme of which is their work to attract and support the implementation of investment projects. The agency reports on actual receipts and the implementation of the annual plan set by the representative offices, as well as on interesting new enterprises or reinvestments, and with information for the 1st half of 2022, Deputy Head Marina Epifantseva spoke with representatives at the weekly workshop of the Ministry of Industry and Trade of Tatarstan. Based on the data provided by the Agency, representatives can strengthen or adjust their work with project initiators in the territories assigned to them.

On September 20, at the Higher School of State and Municipal Administration of KFU, within the framework of the special educational program "Modern Approaches to the Management of Rural Settlements", according to which it is planned to train 300 heads of rural settlements from September to November 2022, the head of the Agency, Taliya Minullina, delivered a lecture in which she told about the work of the department, demonstrated the indicators on investments of the regions and the republic as a whole, answered questions of interest and gave some advice for starting work on attracting investments.

On September 21, the Investment Development Agency of the Republic of Tatarstan met delegations that arrived in Kazan as part of the Kazan Digital Week-2022 forum, which was held from September 21 to 24. The delegations visited the Unified Presentation Center, where they got acquainted with the innovative and industrial region - the Republic of Tatarstan, and learned what the republic is rich and famous for economically and culturally. More than 11,500 people took part in 143 program events in 10 key thematic areas and 4 partner conferences, which were also held at Kazan Expo. 222 organizations and companies took part in the exhibition. About 650 speakers made presentations, master classes and discussions.

The master class "Digitalization of work with investors", which took place at the end of the first day of the forum, answered the most important questions of investors and analyzed the best examples of interaction between business and government, using the example of creating and maintaining investment cards, using digital services.

The master class was moderated by Deputy Head of the Agency Marina Epifantseva. Alina Utenkova, head of the marketing communications center of the Development Corporation of the Republic of Mordovia, Igor Zhuravlev, head of the project office of Evolenta JSC, Andrey Finokhin, commercial director of Bipium LLC, Eduard Belyaev, head of the development department of the Business Integrator company shared their expert opinion at the session. ”, Director of the Institute of Digital Technologies and Economics of KSUE, Sergey Pavlov, Head of the Department of Process Automation and Web Technologies of the Ministry of Information Technologies, Communications and Digital Development of the Chelyabinsk Region.

On September 22, Prime Minister of the Republic of Belarus Roman Golovchenko visited the Agency. The head of the department, Taliya Minullina, acquainted the representative delegation of the Cabinet of Ministers of Belarus with the achievements of our republic in industry, investments, tourism and the vision of the future of Tatarstan.

Prime Minister Golovchenko arrived in the republic to participate in the Tatarstan-Belarus business forum, which resulted in the signing of an impressive package of agreements with large organizations of the Republic of Tatarstan. The total amount of agreements is 2 billion 420 million rubles.

Further on that day, the construction of the first residential complex on the territory of the river port and its renovation was launched. The head of the Agency, Taliya Minullina, also took part in the solemn ceremony led by the President of Tatarstan Rustam Minnikhanov. It is planned that 1.5 million square meters will appear here. meters of housing and 1.3 million square meters. meters of administrative and commercial premises. Multifunctional development will be predominantly