Investment Digest of the Republic of Tatarstan: "investment hour" with the city of Naberezhnye Chelny 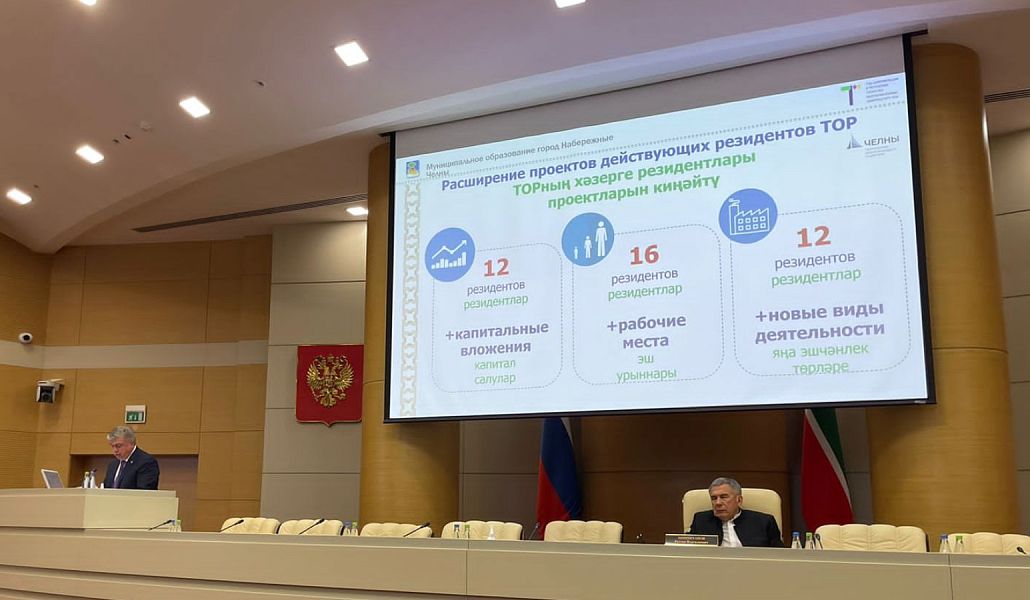 Such meetings are held on a regular basis on Saturdays at the Government House of the Republic. The report of the head of the district examines the main indicators of the district's activity, the development of industries, the state of entrepreneurship, the level of wages and unemployment, the pace of construction of social infrastructure and housing, education, achievements in various fields.

The head of the city of Naberezhnye Chelny, Nail Magdeev, said that the main indicator of the district's activity is the volume of gross territorial product, which in 2022 is projected to amount to 331 billion rubles, with an increase of 17.3 billion rubles, which will be 104% of the volume of the previous year.

The state of the city's economy characterizes the volume of attracted investments, which by the end of the year is planned in the amount of 64 billion rubles. For every budget ruble invested, the city 's economy receives 5 rubles . private investment. Enterprises continue to implement investment projects.

RIAT plans to increase its output by 3% by the end of the year. The company is assembling a vacuum loader based on the KAMAZ chassis. The new production is aimed at reducing the share of imports by at least 5%. The volume of investments is 106 million rubles.

The first stage of the automated corrugated packaging warehouse was put into operation at the backbone enterprise of the city - the Cardboard and Paper Mill named after S.P. Titov. The implementation of the project will increase labor productivity. This is the first project in the industry, designed for 16 thousand pallet seats. The volume of investments is 1.2 billion rubles, invested in 2022 — 381 million rubles.

TEMPO Company implements a number of investment projects. One of them is a new import–substituting project jointly with KAMAZ - the launch of production of parts for KAMAZ P6 and CUMMINS engines. At the moment, the equipment has been purchased and the plant is under construction. The volume of investments in the project is 120 million rubles.

The city's enterprises are actively working to obtain preferential loans from the Industrial Development Fund for the implementation of their investment projects. This year, five companies have approved loans totaling almost 19 billion rubles. Thus, the Kama Diesel enterprise localizes the production of cylinders for KAMAZ engines. (FRP loan - 3635.6 million rubles)

Residents of the territory of advanced development (TOP) also make a significant contribution to the city's economy. There are 41 of them on the territory.

Five new residents have been registered since the beginning of the year:

The SmartModule company, which will produce universal modular structures (with a capacity of 1800 units per year). Preparatory work is currently underway to launch production. The volume of investments in the project amounted to 25 million rubles.

Lunga enterprise for the production of aluminum lighting poles, lighting complexes and LED lamps. 32.6 million rubles of investments have been invested in the project.

Two more new residents "Cellular Concrete" and "Paving Stone" are planning to implement projects for the production of building materials. Currently, the construction of industrial buildings is underway. The launch is planned in the 1-2 quarter of 2023. The volume of investments amounted to 617.5 million and 291.2 million rubles, respectively.

The construction of a "smart plant" for the production of freezing and refrigerating equipment has become significant for the city's economy. The volume of investments is 4.8 billion rubles.