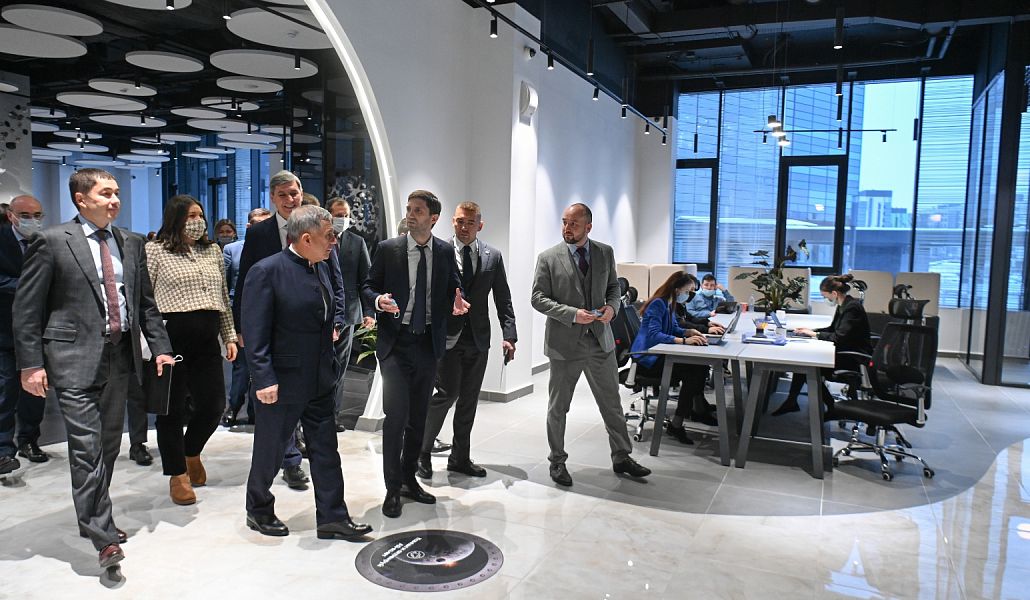 Members of the Government of the Republic of Tatarstan, including the head of the Investment Development Agency Taliya Minullina, were in Innopolis today to visit the Lobachevsky Technopark and the meeting of the Supervisory Board of the Innopolis SEZ.

The Technopark has become a new infrastructure facility in Innopolis, it houses companies engaged in the field of information technology, as well as start-ups.

Technopark employees spoke about the occupancy rate and, in short, about the tenant companies.
The largest area is occupied by the KazanExpress company. In general, 86% of the area is rented in the Lobachevsky Technopark.

The technopark's services include office space from 80 to 100 sq. M, underground parking, meeting rooms, food court and coworking space (coworking "Sphere" 800 sq. M for more than 150 workplaces).
In addition, the President of Tatarstan and members of the Government were told about the startups that are in Innopolis. There are 130 startups in total, of which 74 appeared in 2021.

All startups are considered at the meetings of the Expert Council (in 2021, 8 such meetings were held with the participation of the Deputy Prime Minister of the Republic of Tatarstan Roman Shaikhutdinov). In general, the Innopolis ecosystem encourages startups to come here and have support and successful development. This, including, coworking, grants from partners, the availability of IT staff.

A delegation of ministers also visited the office of KazanExpress. The President of Tatarstan positively assessed the development of the Lobachevsky Technopark and noted that the special economic zone "Innopolis" is developing at a good pace.