V Industry Forum on PPP: results of the event 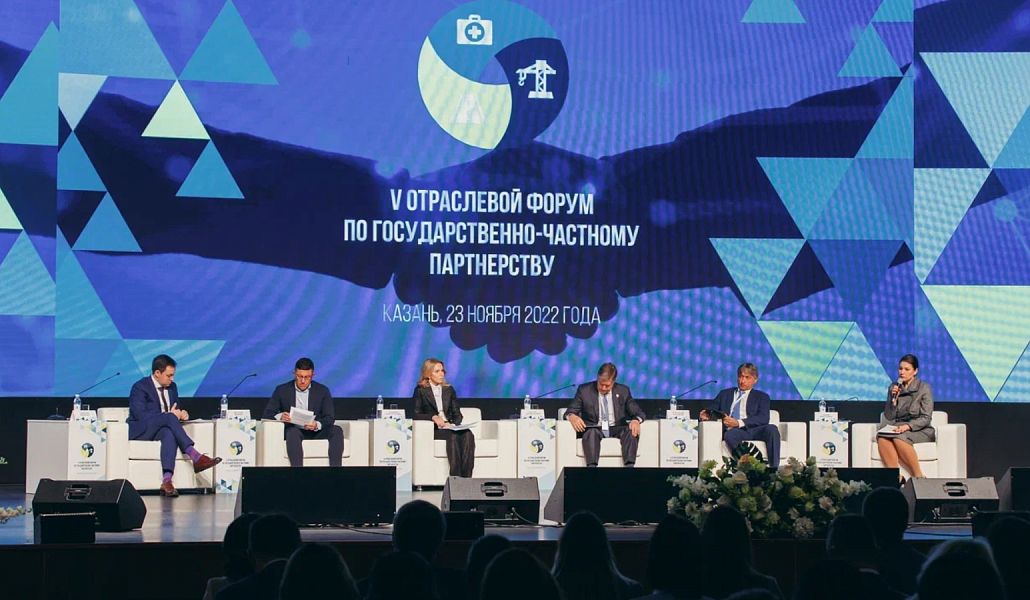 "Someone has found ways to solve problems and connections for their projects, someone has shared their experience, and some have understood even more deeply what a PPP is": what is memorable about the V Industry Forum on Public-Private Partnership.

The V Industry Forum on Public-Private Partnership (PPP) was held at the site of the Bashir Rameev Kazan IT Park. The participants were representatives of 34 Russian regions. About 400 experts fr om all over Russia registered and took part in the forum.

"We have been holding this forum for 5 years, and this platform is only gaining momentum, arousing increasing interest among the regions of Russia and the federal side. For us, this is an opportunity to receive feedback from investors on ongoing projects and from federal experts on how the regulatory framework is being improved," said Taliya Minullina, Head of the Tatarstan Investment Development Agency.

9 business industry panel discussions on the implementation of PPP projects in 5 areas of social orientation, sessions on measures to support the mechanisms of cooperation between business and the state, as well as plenary sessions on the results of the work of the Volga Federal District, and successful examples of the implementation of projects of 34 subjects of the Russian Federation that became participants of the forum. The guests of the event took part in an interactive voting and answered the questions: how closely the regions of Russia interact with each other in the implementation of PPP projects, how much business trusts the state, which industries can be called the most relevant for the tandem of government and entrepreneurs.

The Forum has become an excellent platform for reaching specific agreements. In total, a number of agreements were signed at the forum site, 6 of which were signed at the plenary session:
• A concession agreement for heat supply facilities located on the territory of the Yelabuga municipal District. The volume of investments under the agreement will amount to 47.7 million rubles;
• Agreement on cooperation on the development and application of mechanisms of public-private partnership, municipal-private partnership in the Republic of Tatarstan;
• Agreement of Intent on the implementation of investment projects in relation to the creation and operation of sports infrastructure. The estimated investments will amount to about 300 million rubles.
• Agreement of Intent on the development of sports infrastructure (construction of smart sports facilities) in the Republic of Tatarstan;
• License agreement on the construction of a sports and leisure center with a fitness club and a thermal complex in the city of Barnaul;
• Agreement of Intent between the company "Kleversport" and the Government of the Karachay-Cherkess Republic.

"Several agreements piloted in Tatarstan have been signed on our site, including agreements that have received publicity and feedback from the population, as a result, will be scaled to the Russian Federation. It is such forums that are relevant in the framework of attracting capital to the economy," Taliya Minullina shared.

The participants of the discussions talked about the advantages and conditions for investors when entering into a PPP project, and also reviewed examples of already implemented projects. One of them was the construction of football arenas by the Tatarstan company LLC "Fizra". Four of their facilities are already operating in Tatarstan and Bashkiria.

"We live in a digital world. If we are not talking about super-large projects, then there was a cool idea to create an Internet fair wh ere investors could find requests from regions. It should be remembered that, first of all, the project should be interesting to a businessman. They take on the burden of maintenance, management and give guarantees that the object will be in demand. First of all, it is always business," said the Minister of Sports of the Republic of Tatarstan Vladimir Leonov.

The honorary speakers and guests were:

• Alexey Yeresko, Deputy Minister of Construction and Housing of the Russian Federation;

• Alexander Roslyakov, Director of the Investment Development and State Property Management Department of the Ministry of Sports of Russia;

• Oksana Kozlitina, Minister of Construction of the Belgorod Region;

• Vladimir Leonov, Minister of Sports of the Republic of Tatarstan;

• Roman Golovanov, Advisor to the Governor of St. Petersburg;

• Anna Baginskaya, Head of the PPP Center of Sberbank PJSC;

• Evgeny Weiner, President of the Association of Russian Investors in the field of physical culture and sports "Breakthrough";

• Denis Kachkin, Head of the Infrastructure and PPP Practice "Kachkin and Partners", etc.

The forum participants shared that they had received an interesting and informative knowledge base, someone found ways to solve problems and connections for their projects, someone shared their experience, and some even more deeply understood what a PPP is.