The Investment Council of the Republic of Tatarstan approved 6 projects: from the construction of a kindergarten to the opening of a cableway in Kazan 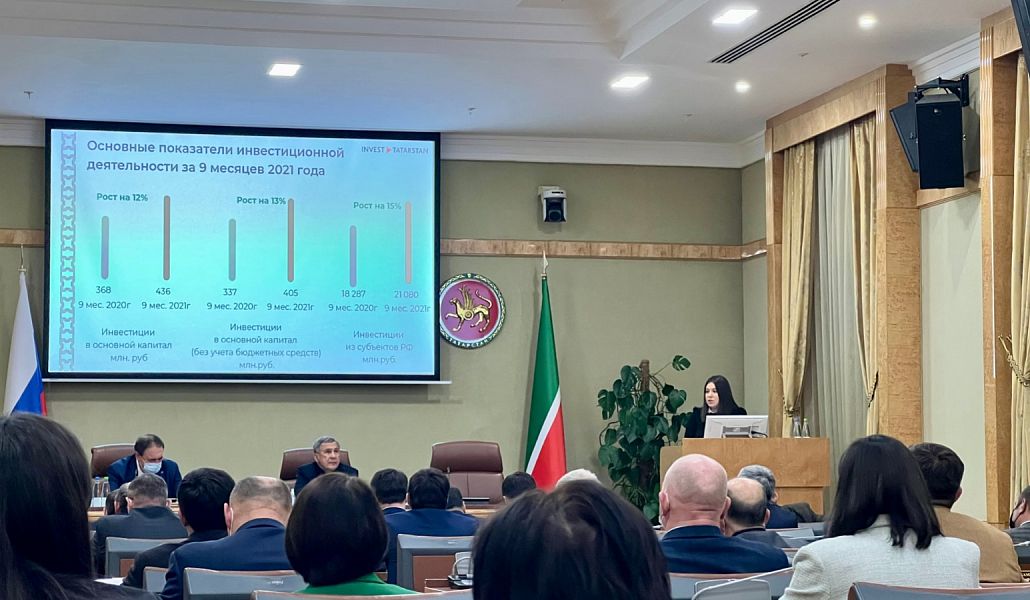 The first project presented to the Investment Council - a socially oriented project - was the construction of a kindergarten in the city of Naberezhnye Chelny. The project is being prepared for implementation in the 67th microdistrict of the autograd and will create 44 jobs.

“For the construction of this kindergarten, we need a land plot of 8,200 sq m,” said the director of the kindergarten, Alisa Kharisova.

The Mayor of Naberezhnye Chelny, in the format of video communication, noted the importance and readiness to implement such socially important projects in the city:

“The city will only gain from this - there can be no risks, we will support the project! Moreover, the kindergarten will be in the private sector, it is needed there ”.

The President of the Republic of Tatarstan instructed to support the project and start its implementation as soon as possible.

The next speaker was Denis Belov, General Director of AeroMost, with the project of the Ropeway, which will connect Gorky Park and Ak Bars Arena in Kazan. The volume of investments in this project will amount to 3 billion rubles and implies the creation of 120 jobs for its construction.

“The total area of ​​required land plots is 2.9 hectares. The length of the cable car is 2773 m, it will pass through the park zone of the Russian-German Switzerland and will open up a wonderful view of the green urban areas, "Belov said.

Rustam Minnikhanov, in turn, recalled that this idea has been discussed for a long time and the city needs it, despite the fact that it unites modern rebuilt city sites like the Uram Park and the areas around the Park named after Gorky.

The project for the construction of an observation tower on the territory of the Verkhneuslonsky district of the Republic of Tatarstan was presented by the architect of the Falcon Development company. The project will be implemented within the framework of the Tourism and Hospitality Industry National Project.

“An observation tower with landscaping around the facility will be implemented on Mount Sokolka in the Verkhneuslonsky region of the republic. The required building area of ​​the tower will amount to 6 thousand square meters, with further landscaping of 50 hectares around the facility, ”said a representative of the developer's company.

The volume of investments in the construction of the observation tower will amount to 50 million rubles. The tower itself will reach 30 m in height.

Rustam Minnikhanov added that along with the implementation of the project, it is necessary to prepare a site for further development, it is also necessary to give publicity that such work is underway with further improvement to attract investors to the territory.

A project to expand the logistics potential of the republic and the construction of a wholesale distribution center "Zelenodolsk 3" was made by the company "Romex". The investments required for the implementation of the project are 1.88 billion rubles with the creation of more than 1000 jobs. The total area of ​​the future distribution center will be 10.3 hectares, and construction is expected to start in 2022. The goal of the project is to organize a site for the storage and handling of bulky goods.

The President concluded that this site is very attractive for investors and approved the implementation of the presented project.

The creation of a large multifunctional autocomplex near the Zelenodolsk industrial park of the Tranzit-City company was the next project considered at the meeting of the Investment Council of the Republic of Tatarstan. The General Director of the company Irek Valiev noted that the project includes not only the construction of an IRBIS filling station, but full functionality for servicing large-capacity vehicles.

“On the territory of the auto complex it is also planned to create gas stations for propane, butane and electric charging stations. Also washes for trucks, self-service car washes for cars and cross-docking for trucks, with an advantageous location near the industrial park, ”added Irek Valiev.

The representative of the company in his speech asked to organize the passage through the industrial park "Zelenodolsk" for a more convenient logistic interchange for the return to Kazan.

The volume of investments in the project will amount to 382 million rubles and will be implemented on an area of ​​5 hectares. Rustam Nurgalievich Minnikhanov noted that the infrastructure of the auto complex being created is very important for this territory, where it will be implemented.