Tatarstan is a law into itself in global investment trends 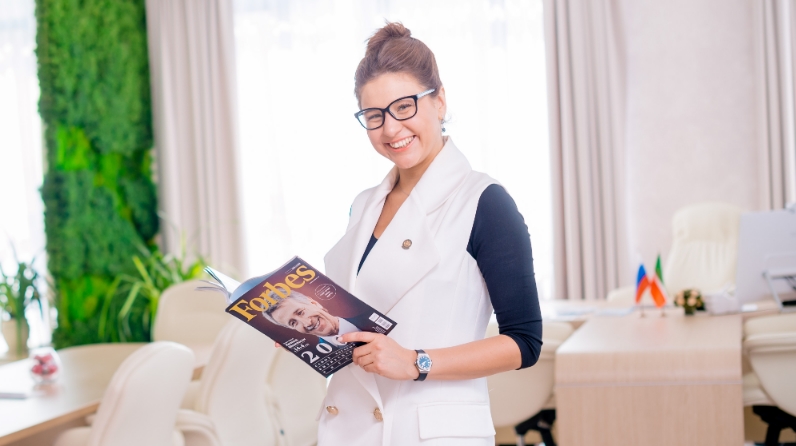 A final meeting of the Board of the Tatarstan Investment Development Agency devoted to the results of 2019 and tasks for 2020 was held in Kazan.

The meeting was chaired by the Republic’s Prime Minister Aleksey Pesoshin. The keynote address was presented by Taliya Minullina, the Head of the Tatarstan Investment Development Agency. Other speakers included Ayrat Farrakhov, Deputy of the Russian State Duma of the seventh convocation, Russian and foreign experts – Rafael Khusyainshin, Executive Director, Deputy Chairman of the Board of the National Association of Investment and Development Agencies; Andrea Goldstein, expert of Organization of Economic Co-operation and Development (OECD); Mr. Mohamed Juma Al Musharrkh, Director General of the Investment Development Agency Invest in Sharjah (UAE), regional director on Middle East and North Africa, member of Steering Committee of the World Association of Investment Promotion Agencies WAIPA – and investors.

Tatarstan retains the leading positions by the level of investment climate and remains the best entry point to the Russian market for international companies. By the volume of investments into capital assets, Tatarstan steadily occupies the 5th position in Russia.

“In 2019, the Agency accomplished the state order, and as regards the indicators of ‘direct foreign investments’ and ‘residents of the territory of advanced social-economic development’ – exceeded it.

Investments into capital assets were estimated as exceeding 640 billion rubles.

The prevailing part of investments into capital assets from non-budgetary sources was forwarded to the development of processing industries, agriculture and forestry, mining of natural resources, petrochemical industry, construction, education, activities in the spheres of culture, sport, healthcare and social services, professional and scientific activity.

In the integral investment ranking, Nizhnekamskiy region ranked first, Verkhneuslonskiy region – second, followed by Laishevskiy, Elabuzhskiy, and Almetyevskiy regions. The ranking takes into account both the volume of investment and coverage in mass media.

Over 1,000 new companies started functioning in Tatarstan in the previous year. By the results of the year, the trend continues according to which every three days a company with foreign capital participation appears in the Republic.

During 2019, we received 189 high level delegations; gave presentations of investment Tatarstan in the Agency office to 2,115 people; presented the investment potential at 75 large international conferences; we actively promoted Tatarstan on the investment portal, which is regularly updated in 11 languages.

Due to our work, investments in Tatarstan were over 1,000 times mentioned in international business publications of Russia, Turkey, Qatar, Germany, Bahrain, China, UAE and other countries. Foreign investments grew over four-fold.

Among the tasks for 2020 is maximal digitalization of working with investors,” said Taliya Minullina.

The Tatarstan Investment Development Agency made a great contribution into the development of institutional legal environment of public-private partnership in Tatarstan.

Continuing the achievements of the previous year, 2019 brought a number of awards in the sphere of investment activity to the Republic. At the Annual Investment Forum in the United Arab Emirates, the Agency was awarded with AIM Investment Award as a token of recognition of outstanding performance in attracting large and advantageous projects of direct foreign investments. For the personal contribution and the contribution of the Agency into the development of Tatarstan and strengthening the economy of the region, Taliya Minullina was awarded with an International award – a golden medal “Rose of the World”. At the International Congress on real estate and investments in Germany, as a part of awarding the outstanding public figures for special contribution into developing bilateral interstate relations according to The New York Journal & The American Reporter, Taliya Minullina was awarded with Berlin Capital Club Award for outstanding achievements in the sphere of investments.

Tatarstan is recognized as the region to take cues from in the sphere of sustainable development, too. In November 2019, in the UNO Headquarters in Geneva Taliya Minullina presented the report “Russian Regions and the UNO Sustainable Development Goals” prepared by the Agency and the achievements of the Republic of Tatarstan in 17 sustainable development goals, the opportunities for assessing and transferring the Tatarstan experience were discussed.
In 2019, the Tatarstan Investment Development Agency carried out a large-scale work on improving the investment climate of the Republic. On the territory of Tatarstan, the Agency held 22 events, the largest of which traditionally was International Economic Summit “Russia — Islamic World: KAZANSUMMIT” joined by 5,000 people from 72 countries and 38 Russian regions. That is a unique platform for facilitating interaction with the Islamic world countries, developing halal way of living, increasing goods turnover with OIC countries and promoting Islamic finance in Tatarstan. During the 2019 Summit, 42 agreements on cooperation were signed; as a result of the summit, a branch of an Iranian bank was opened in Tatarstan; a new open-end share investment fund for finance marketing tools was established under AkBars Bank; certification of halal sanatoriums in Tatarstan was launched which is expected to increase the number of tourists; this year, a project of a virtual mosque will be accomplished to provide physically disabled people with head-mounted displays, and many other projects.

The Russian President Vladimir Putin posed ambitious tasks to implement investment activity: investment increase no less than 5% since this year, and increasing the share of investments in GDP up to 25% by 2024. This year, we strive for new peaks in investments, maintaining the tradition of leading the sector!