Investment digest of the Republic of Tatarstan: "investment hour" with Novosheshminsky district 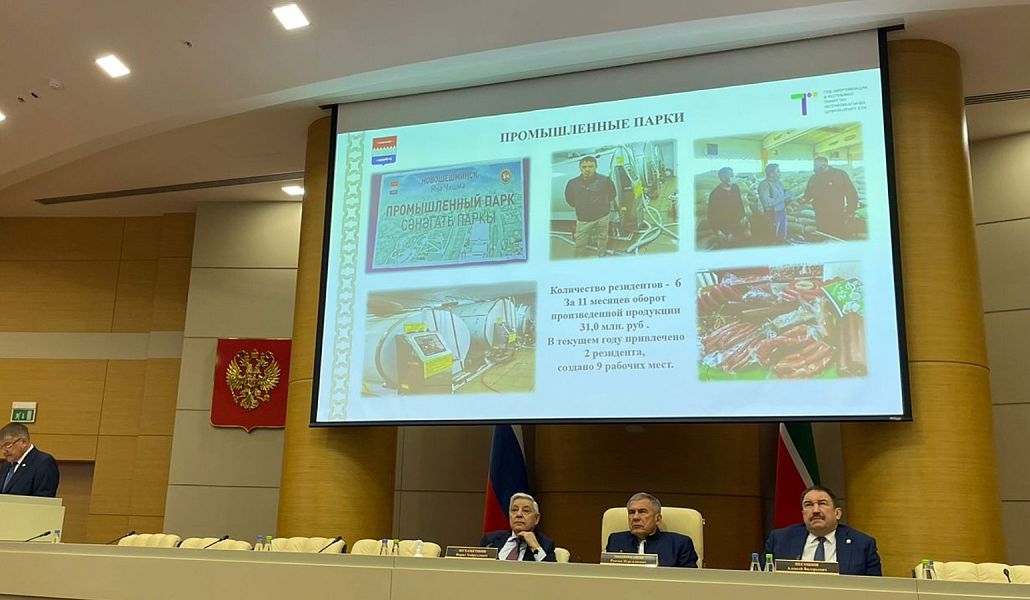 Such meetings are held on a regular basis on Saturdays at the Government House of the Republic. The report of the head of the district examines the main indicators of the district's activity, the development of industries, the state of entrepreneurship, the level of wages and unemployment, the pace of construction of social infrastructure and housing, education, achievements in various fields.

The head of the Novosheshminsky district Vyacheslav Kozlov said that the main indicator of the district's activity is the volume of gross territorial product, which in 2022 is projected to amount to 30 billion rubles, with an increase of 4.6 billion rubles, which will be 117% of the volume of the previous year.

Several investment projects are being implemented in the Novosheshminsky municipal district:

—LLC "Agrorazdole" invested more than 1.7 billion rubles in the agro-industrial complex of the district. In the near future, the construction of a new grain drying complex with grain storage warehouses is planned. A plot of land has been selected from the lands of the district fund in the village of Sloboda Yekaterininskaya, design work is underway.

—The consumer cooperative “Chishma” is increasing its momentum for the development of an investment project for the cultivation of sea buckthorn and honeysuckle. In the current year, refrigeration equipment for shock freezing of berries has been purchased and installed. The total investment in this project amounted to more than 50 million rubles.

—LLC "Sloboda" - Novosheshminsky SOM plant" this year has modernized the equipment and paved the territory in the amount of 70 million rubles.