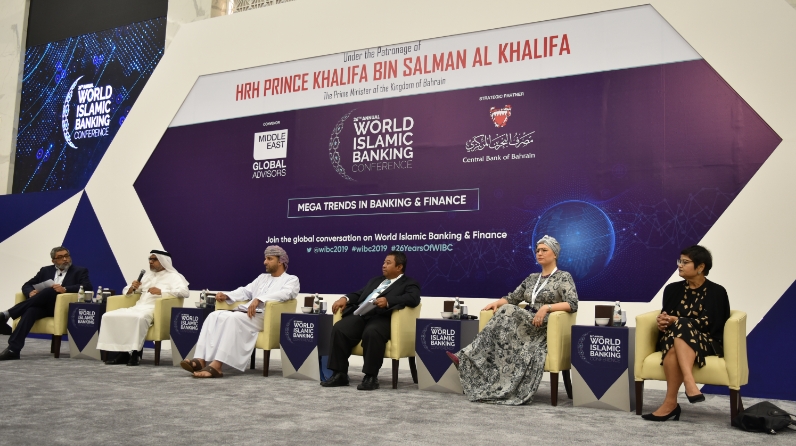 The 26th World Islamic Banking Conference (WIBC), the largest and the oldest interaction platform for global leaders of the Islamic banking and finance took place in Bahrain.

The Conference is patronized by His Royal Highness Prince Khalifa bin Salman Al Khalifa – the Prime-minister of Bahrain.

WIBC unites more than 1,000 experts, such as influential global industrialists, politicians, and innovators, 50 representative branches in different countries. The Russian Federation was represented by Taliya Minullina, the Head of the Tatarstan Investment Development Agency.

As a part of the business agenda, several discussions were held on the topic of “Megatrends in the Banking” regarding emerging markets and the harmonization of global standards for the Islamic finance, digital transformation – new trends in the Fintech and M&A transactions.

The experts reviewed global challenges and means to prevent the oncoming crisis. It was highlighted that leaders of financial institutions should make the crucial decision now in the dynamic and rapidly developing world – whether to remain up to the customer’s requirements or to be gone. Integration of digital technologies in all areas of business transforms the working methods for banks dramatically and enhances their value for the customers by expanding the boundaries and implementing advanced technologies to improve the banking standards. The banks invest funds in their own technologies and cooperate with FinTech companies to grasp new opportunities. While reviewing the issues of the small and medium entrepreneurship, it was noted that one of the key issues for the development is the access to financing. Thus, such models as crowdfunding, equity financing, etc. gain popularity.

The Islamic banking – the largest field of the Islamic financial industry in the world – accounts for 71% (USD 1.72 Bio worth) of the industry. In 2017, the global industry grew by 11%, to USD 2.4 Bio worth on a year-on-year basis, or by 6% in the compound annual growth rate compared to 2012. Although the digitalization became the driver in various fields of the Islamic financial industry, similar to how it astounds the global financial system, the potential of the industry is to increase the projects amount to USD 3.8 Bio by 2023.

The Islamic banking system is poorly developed in Russia now, though a growing demand is noticeable. The Republic of Tatarstan is actively working on the expanse of economic ties with the Islamic world. Taliya Minullina told of economic particulars of the region and emphasized the intention of the country to develop the Islamic financing at the panel talk “Unification of the global Islamic financial standards and regulatory bodies”.

“I am greatly honored to speak here today! Thank you for the invitation! Tatarstan is one of the most economically developed regions of Russia with the best investment environment. Tatarstan is home for four million people, half of them being Muslims. Every time we attempt to promote the Islamic finance, we face certain difficulties, mostly regulatory. However, we can use some of the tools of the Islamic finance, a Ak Bars Bank and Sberbank do, for example. In 2011, Ak Bars Bank invited 60 million US Dollars from the Arabic-world countries for the development of the infrastructure prior to the World Students’ Games. Sberbank has successfully implemented the project PayZakat – a global digital platform based on the artificial intelligence for the collection and distributions of charity payments that uses chat bots integrated in social media,” noted Taliya Minnullina in her speech.

In order to expand the partnership networks, exhibition displays of leading market-makers were presented in the margins of the Conference. Taliya Minullina told the adviser of the Prime-minister of Bahrain Shaikh Salman bin Khalifa Al-Khalifa of particulars of the region at the exhibition of the Republic of Tatarstan and invited him to visit the XII International Economic Summit Russia – Islamic World that will take place in June 2020 in Kazan.

As a part of the business trip to Manama, Taliya Minullina also held several negotiations with members of the royal family and prominent activists of Bahrain: with the Chairman of the Board of Trustees of The King Hamad Global Centre for Peaceful Coexistence (Kingdom of Bahrain), the Vice-Chairman of the Board of Trustees and Executive Director of the Isa Cultural Center Shaikh Khalid bin Khalifa bin Daij Al-Khalifa; the President of the Bahraini Authority for Culture and Antiquities and the Chairman of the Arab Regional Center for the World Heritage Sheikha Mai Bint Mohammed Al-Khalifa; the Governor of the Metropolitan Province Hisham bin Abdul bin Mohammed Al-Khalifa; and the Executive Manager of the Central Bank of Bahrain Rashid Mohammed Al-Maraj.